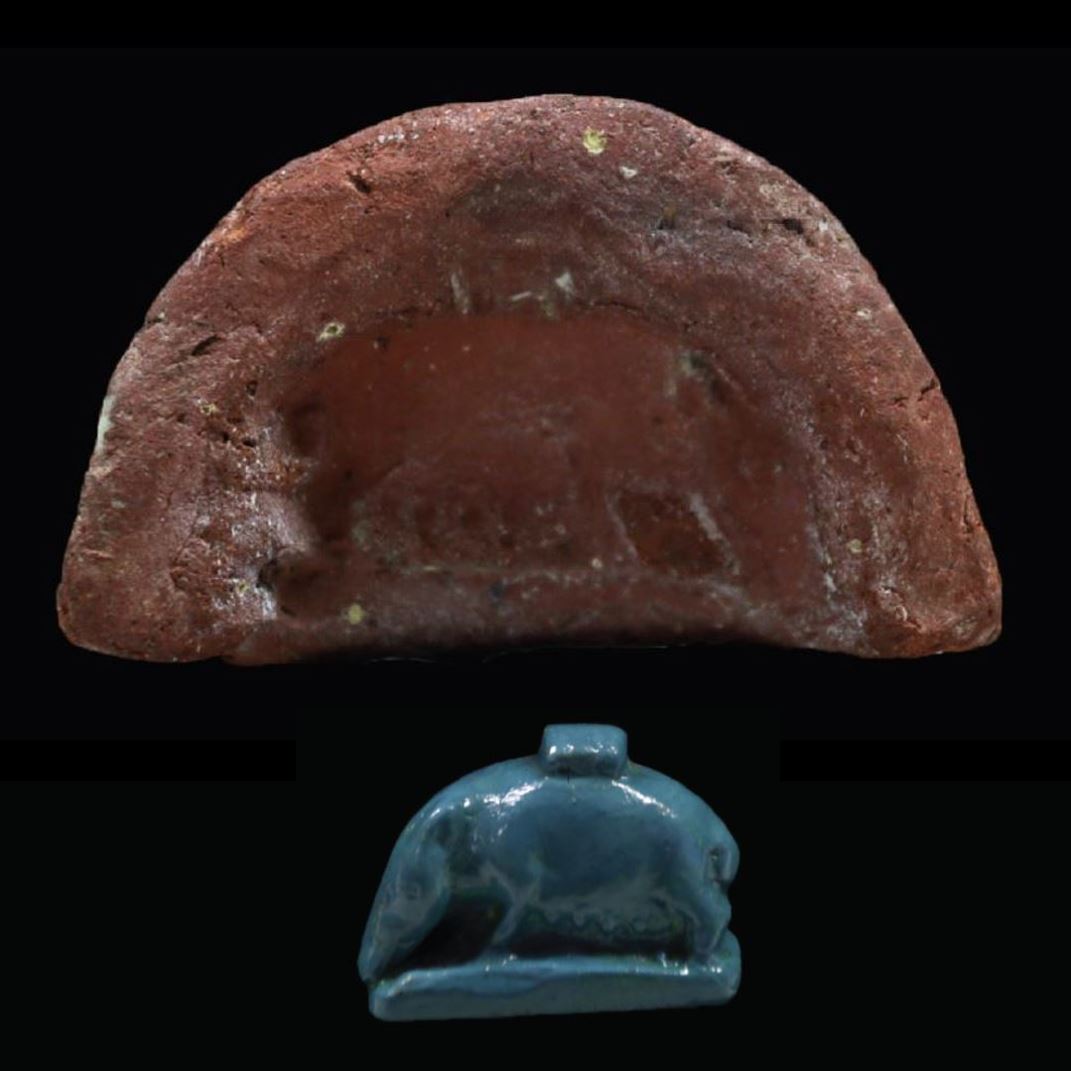 Amulet Mould and Sow Amulet
MU3352 is a small clay amulet mould. The mould is roughly semi-circular in shape and has the impression of a sow (female pig) in its centre. This mould dates to the Late Period but they were very common from the New Kingdom onwards. Characteristic features such as the eye, snout, tail and five teats of the pig can be observed. The small ridge which would form on the back of the sow would have been pierced horizontally allowing the amulet to be strung and worn. The amulet which is displayed with MU3352 however is a modern reproduction and is an excellent example of experimental archaeology.
The sow was seen as an animal manifestation of the sky goddess Nut and was a popular motif for protective amulets. In Egyptian mythology Nut was believed to give birth to the sun each day at dawn and swallow it again at dusk. Similar behaviour was observed with the sow, as it can be a very nurturing mother but will also occasionally consume its young.

We support the open release of data and information about our collections. This work is licensed under a Creative Commons Attribution 4.0 International License.